I’m going to be brief right now, but I’ll hopefully give more updates later. Anyway, I’m getting married on February 29. Also, I start my second semester as a student and GTA at West Virginia University next week. I’m in WVU’s MA English program. Life is good. God bless.
Posted by Patrick Stahl at 3:14 PM 2 comments:

It's Been a Long Time, And I Guess I Have a Lot to Say

Some days, I don't do much. Some days, I just free-fall down social media, video games, and Netflix. Sure, I might get some audiobook listening tucked in there, and maybe I have an important conversation at some point during the day. But, overall, it's just a bust. Some days, I'm tired, and I don't know how to get out of it.

More often than not, I have deadlines that I can use to keep me on the right track. I get in some 12+ hour days. I write six or ten-page papers all at once. I slog through four hours of reading in French to stay afloat, at the end of an otherwise-full day. Other days, I crash a little, put in four hours of work and just rest, but it's okay, because I've already gotten forty hours in as of Monday and it's only Friday. The essential work gets done. It's all the extra stuff that gets the shaft. Like blogging. This blog's been rolling over in its coffin for years now. 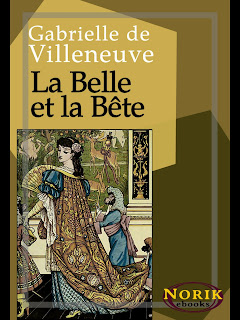 Tomorrow I'll be submitting my last grad school application to WVU. I've sent in seven so far, to six different schools: Penn State, Pitt, U of Toronto, OSU, William & Mary, and UPenn. To simplify things, I'll say that I'm applying to programs in English or Comparative Literature. I'd like to study one of three things: American literature from the past two centuries, the literature of the long 19th century in America and/or Britain and/or Northern Europe, or the literature and culture of the medieval period. I'll give more specifics when I find out what I'll be doing come the fall.

I might get some responses very soon. If I'm accepted into OSU's PhD program in Comparative Studies, I could know this week, based upon response dates of other years. OSU's PhD program in English sent out their acceptances on January 24th last year, so I could hear from them in the next two weeks. There are no guarantees. I have a good application, but I don't have a Master's degree, nor do I speak more than two languages, and even though you can apply for a PhD without those things, they're very helpful to have in order to compete. There's also always the possibility that I could be rejected by a program simply because they don't need any more students with the sorts of research interests that I've expressed. Or maybe they just don't care about my interests in general. I have been a little bit courageous with my personal statements/letters of intent.

This is looking to be an annoying semester. But on the bright side, there shouldn't be a huge amount of work involved. I'll be tutoring again several hours per week, a job I began last semester, yet that isn't particularly draining most of the time, and sometimes I quite enjoy it. I can generally look on the bright side of life, especially when I'm nice and busy.

After a few years there of solid progress on my walk with the Lord, I'm starting to stagnate in my faith. Some days, I even doubt a little, though I always overcome those doubts in short order. I believe. It's more than just "who I am," it's everything that I am; it's the truth which binds the universe together. I shall not fear, except to fear the Lord.

Yet, some days, I am afraid. I'm afraid of what's going to happen when I leave home. I'm afraid of what I'll have to do if I don't get into grad school. I'm afraid of personal, day-to-day failures. I'm afraid of all of these and more. But I shouldn't be. Anxieties hour-to-hour are expected, good for progress, helpful for focus. Fears, on the other hand, rattle the foundation of faith and strength and truth.

I won't say that I ever feel alone, but I do feel lonely sometimes. I'm 21.5, and I haven't been on a date in over four years. Some of that is me being careful, because I don't want to enter into any relationship that I don't think could last. A lot of it is either God testing me or bad luck. Or maybe it's a combination of both. I haven't always been single from lack of trying.

I know that the common expectation is that you need to be content with singleness, and I believe that to a certain degree, but I also believe that God made most of us to be a part of a couple, and I know that I want to be one of those people. I know that it's God's will which matters far more than my own, but I still keep up the effort, searching. I'll be honest here: I want to be a professor, but before anything, anything at all, I want to be a father. And I'll take as many children as the Lord will give me. I already have a list of names ready. 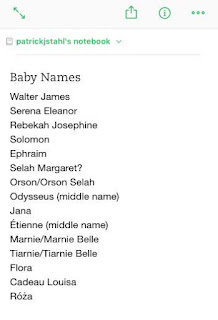 Some days I feel like all of those hours that I spend with my wheels spinning, churning in the mud, could be remedied if I could just be in a loving relationship again. It's so freeing, being able to bear your soul to someone in that way. There's just no parallel outside of infrequent moments of intense connection with the Lord. And I always felt like I was closest to the Lord when I was talking to my ex (the one I dated for more than four days, though less than thirty-two). I want to feel like that again (with someone else, of course).

Some days, I just feel broken. I know that I shouldn't, and yet I do. Most of the time, I can claw my way into some sense of productivity. I'm doing all right. But I'm living far from my full, God-granted potential. I don't really understand this struggle, but I continue on with it. What else is there to do? More often than not, I absolutely love my life, even if I'm frequently upset with myself because of the extra work I leave undone. Some days are better than others. And I know that every day, God is pouring his abundant love down on me, and He's telling me that it's okay. It's going to be all right. Your sins are forgiven. Your inadequacies are wiped away. Just give Me what you have, son. Not just some days, but every day.
Posted by Patrick Stahl at 11:48 PM 4 comments:

As Tar and Soot

It's been a while. Yeah. College got pretty busy, and the blog was one of the first things to go this time around, unfortunately. I'm back today with one last link from my Planetside Literary project. Here is my sci-fi flash fic "As Tar and Soot." I'll hopefully have some new content for this blog in the near future. Maybe. We'll see.
Posted by Patrick Stahl at 7:37 PM 2 comments:

Today, I'll be leading you toward a Google Maps essay that I made for Digital Magazine Production last semester (you should be seeing a pattern in my posts of the last few months, haha). It takes you around the globe for small blurbs on various science fiction novels from the past two hundred years or so.
Posted by Patrick Stahl at 8:43 PM 1 comment:

A Meditation On the Night Sky

"A Meditation On the Night Sky" is a creative nonfiction essay that I wrote this winter for my Digital Magazine Production class.
Posted by Patrick Stahl at 6:26 PM 5 comments:

Patrick Stahl
I'm a twenty-two-year-old writer, fledgling scholar, and occasional Protestant supply preacher in my second semester of an English MA at WVU. And you? Pray tell. Join my band of virtuous followers and bless me with your feedback.