My Next Big Thing

I'm honored to state that Mr. Hargett of Strands of Pattern tagged me in the My Next Big Thing (mine will be the next big thing right after his).  I must answer ten questions about my current WIP.  I don't really know many bloggers who actually do these tagged events, so I'm not going to tag anyone, sorry. 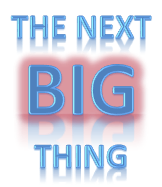 1.   What is the working title of your book?
The Lost Mountains

2.    Where did the idea come from for the book?
I chose five or so objects randomly and included them in the first scene.  After writing that, I pretty much kept adding in things off the top of my head.  My latest idea for a minor subplot was made because I wanted a character to stroke his mustache.  I started building a character and a subplot around the idea.

3.   What genre does the book fall under?
It's Epic Fantasy with a bit of Heroic Fantasy (a knight instead of an everyman protagonist).

4.   Which actors would you choose to play your characters in a movie rendition?
I don't think it would translate well into a screenplay.

5.   What is the one-sentence synopsis of your book?
When a band of knights hits its prime, an equal gang of evil creatures awakens with the intent to destroy all good.

7.   How long did it take you to write the first draft of your manuscript?
I haven't finished yet, but I started it in June of 2009.

8.   What other books would you compare this story to within your genre?
The Hobbit (although with an older audience)

9.   Who or What inspired you to write this book?
My cousin Zachary Shenal and my sixth grade English teacher

10.   What else about your book might pique the reader's interest?
It has dragons (albeit with some twists) and a rather unique magic system.
Posted by Patrick Stahl at 7:16 PM

Email ThisBlogThis!Share to TwitterShare to FacebookShare to Pinterest
Labels: General